At What Age Should My Child be Imitating Simple Lines and Shapes? A Look at Pre-handwriting Progression 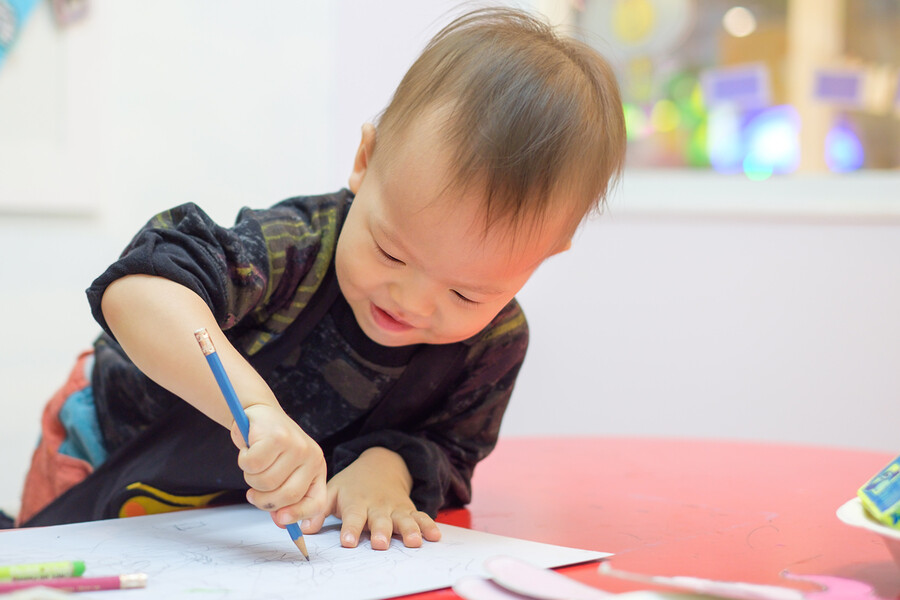 Learning to hold a writing utensil and draw can be a big step in your child’s early learning. It’s the beginning of learning to write, a skill that will be used for the rest of your child’s life. Here we will take a look at the progression of pre-handwriting skills and at what age you can expect to see each skill.

At about 14 months, your child should begin to show interest in picking up a writing utensil (a crayon, marker, etc) and using it to scribble. Thicker markers may be easier to grasp, however, I’ve also observed a lot of 14-month-olds first showing interest in writing utensils when they see their parent using a pen! Eventually, these scribbles may turn into more defined circular strokes (big, sweeping strokes that resemble a circle but do not have a clear point of closure).

The first line children typically learn how to draw is a vertical line starting at the top of the paper and finishing with a downward stroke. This is typically around 23-24 months. I will first demonstrate this line and say, “Zoom!” as an added sound effect when I draw the line to pique the child’s interest.

The second line children learn to imitate is a horizontal line, starting on the left side of the paper and continuing across to the right side. The orientation of this line helps prepare children for reading and writing left to right. Imitating this line typically occurs around 27-28 months of age. The sound effect I’ve come up with for this line is “Broom!” to pique the child’s interest as well as give the verbal cue that we are drawing a line that is different from a vertical line that sounds like “Zoom!”

This is a big step in pre-handwriting, as most of the letters in our alphabet consist of two or more lines put together.

Next, your child will be ready to learn how to put two lines together to make a “+.” This is a big step in pre-handwriting, as most of the letters in our alphabet consist of two or more lines put together. When a child is just beginning to be able to put two lines together, I will sometimes put a dot at the top of the vertical line and a dot at the beginning of the horizontal line–I’ll even have the child put stickers on the dots! This can help give them a basis for the orientation of each line and a clear starting point. At age 39-40 months, your child will be able to copy a “+” from a picture placed in front of them. 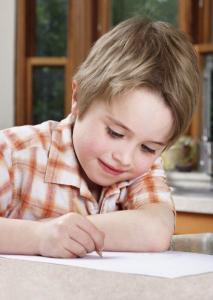 We are now offering Occupational Teletherapy!