Jenny has over 9 years of experience in occupational therapy. Her background is vast as she has worked in a variety of settings including clinic, homes, daycares, schools and via teletherapy. She has treated both children and adults with Sensory Processing Disorder, feeding difficulties, Autism Spectrum Disorder, AD(H)D, Cerebral Palsy, Down Syndrome, Global Developmental Delay, tongue tie/lip tie, medically complex, reactive attachment disorder, Anxiety/Depression, Trauma/PTSD, congenital birth disorders and rare genetic/chromosomal disorders such as Pitt-Hopkins syndrome. Jenny has collaborated and worked closely with other professionals, families and clients to provide a comprehensive understanding of client needs.

Jenny always knew that she wanted to specialize in both pediatrics and Ayres Sensory Integration which ultimately led her to Virginia Commonwealth University where she received her Master’s of Occupational Therapy. While at VCU, Jenny won several scholarships and had the honor of studying under some of the best faculty and researchers within the areas of occupational therapy, Ayres’ Sensory Integration and pediatrics.

Jenny is a North Carolina native (by way of New Jersey) and attended NC State University for undergraduate school, “Go Pack!” Jenny is a second-generation occupational therapist and spent many hours in an outpatient pediatric clinic with her Mom. As a child, she dedicated 10 summers toward volunteering at a camp for neurodiverse children. She has performed clinic build-outs and has acted as a clinical manager and occupational therapy Fieldwork Student Supervisor. Jenny has presented several in-services and workshops, participated in research studies and led various camps and social groups. Jenny is a strong believer in the power of play and the role it has on a child’s everyday life. She works hard to collaborate with families to increase function in a way that is both child centered and child lead. 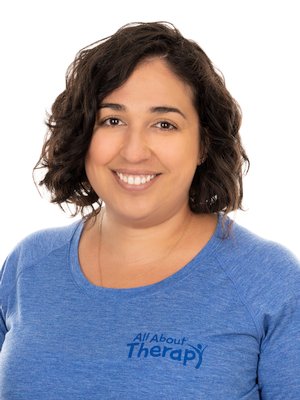